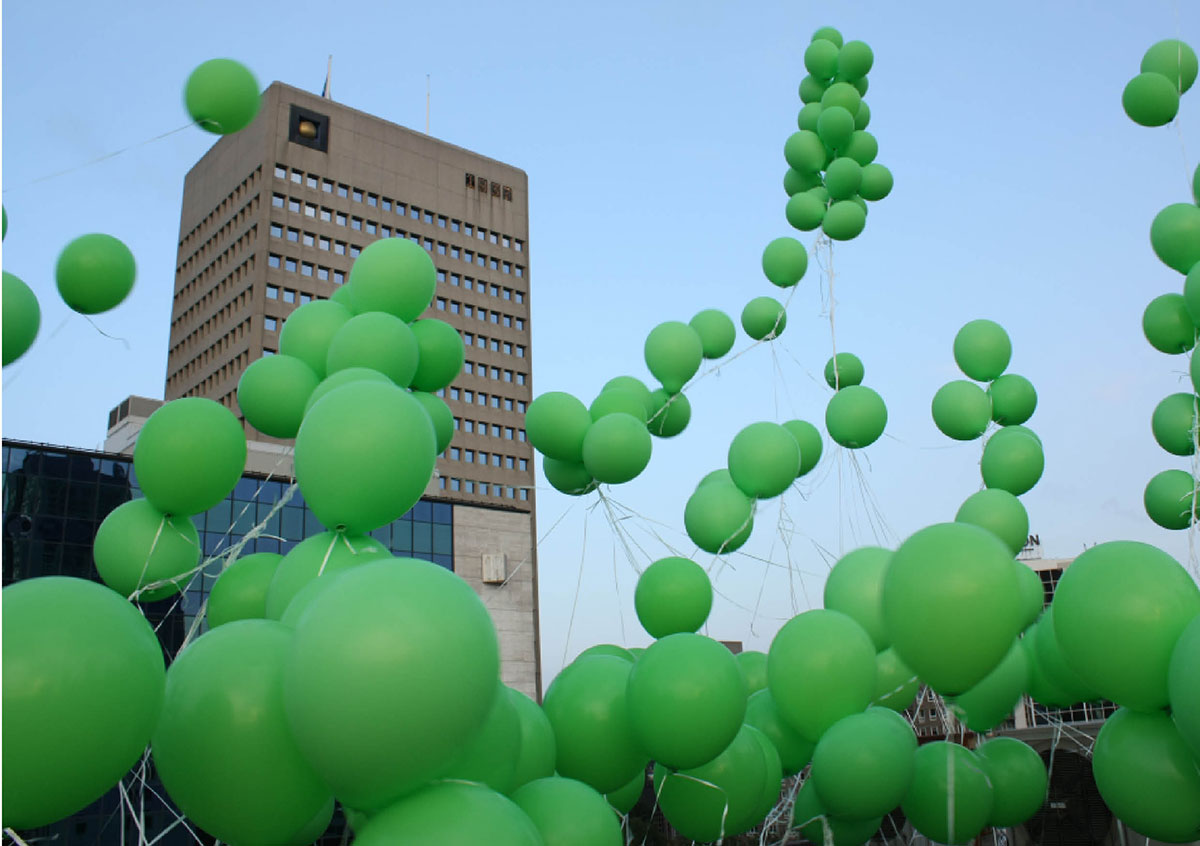 Squatting or living in informal settlements is a way for people to receive admission to the city life. Living in a city signifies living in a continuously changing surrounding. An arbitrary section of a city centre might be converted in a moment and seems to be dancing. Rotterdam as a contemporary city, with its aspiration for high-rise buildings, has its own dancing skyline. However, the extending of the city isn’t given by informal settlements and is even less a result of elements for future moments, but disregard the existing city.

Today skyline, which perhaps won’t last that long, has nevertheless it’s own right to exist. Being grounded on the development of the Central District Rotterdam, the outcome of the Schiekadeblock-evolution seems to be clear: 240.000 mq will literally rise from this existing plot. The renders of a possible new design give a glimpse of the future: enormous high-rise buildings. By presenting a new future, the existing buildings, still part of the urban settlement, are abandoned. Contradictorily it’s especially this kind of ambitious city-developing, with its time-consuming planning schedules, that creates its own ways of informal settlements. The created interval, by presenting the future plans, can be part of an urban strategy and architectural interventions.

By activating the roof, first of a small impulse as part of a further going strategy, the Schiekadeblock and its new public domain will be able to represent itself again. The roof garden directly accessible by a staircase from the street redirects one’s attention to the meaning and functioning of public domain as shown in presented future plans. By experiencing this contemporary skyline, the place will become a collective memory and regain its significance in the city. Although the motive is site-specific, the contemporary intervention reflects on a more general theme: How will the different typologies of public space be able to adept to a continuous changing urban configuration? How will the city look in the future? Will the roof proof itself? 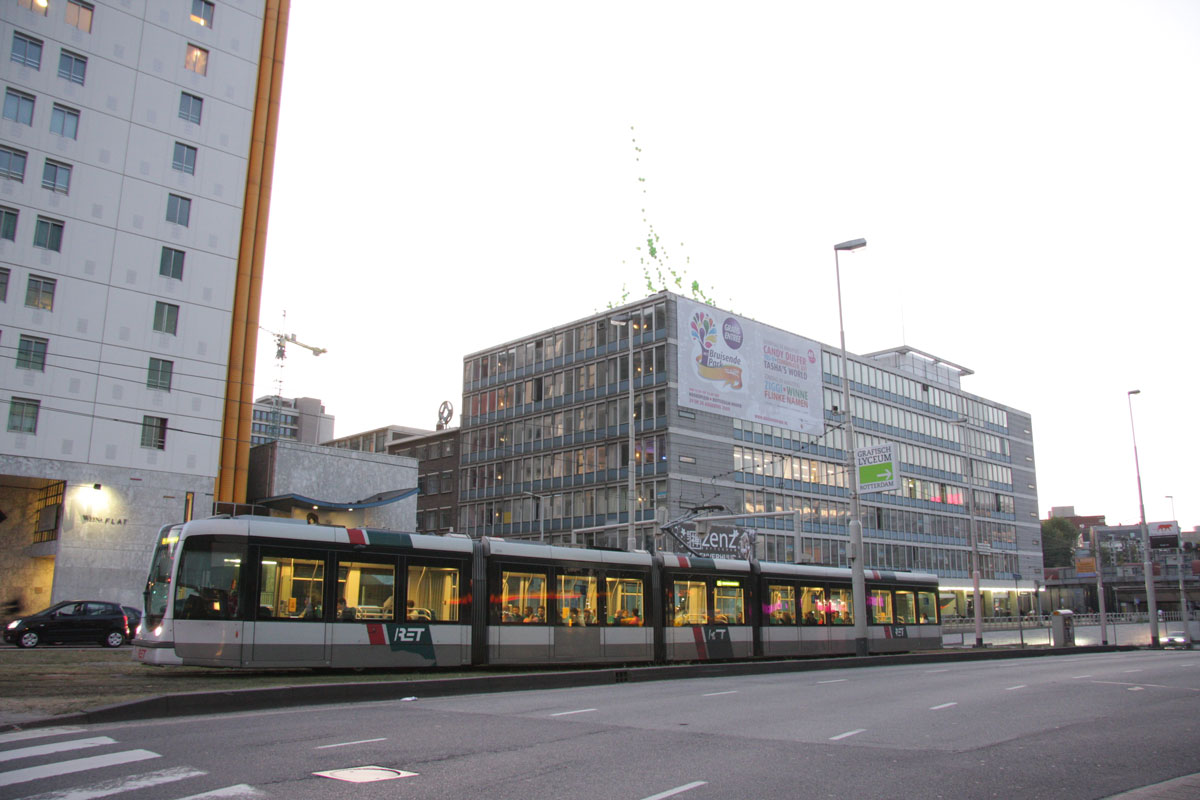 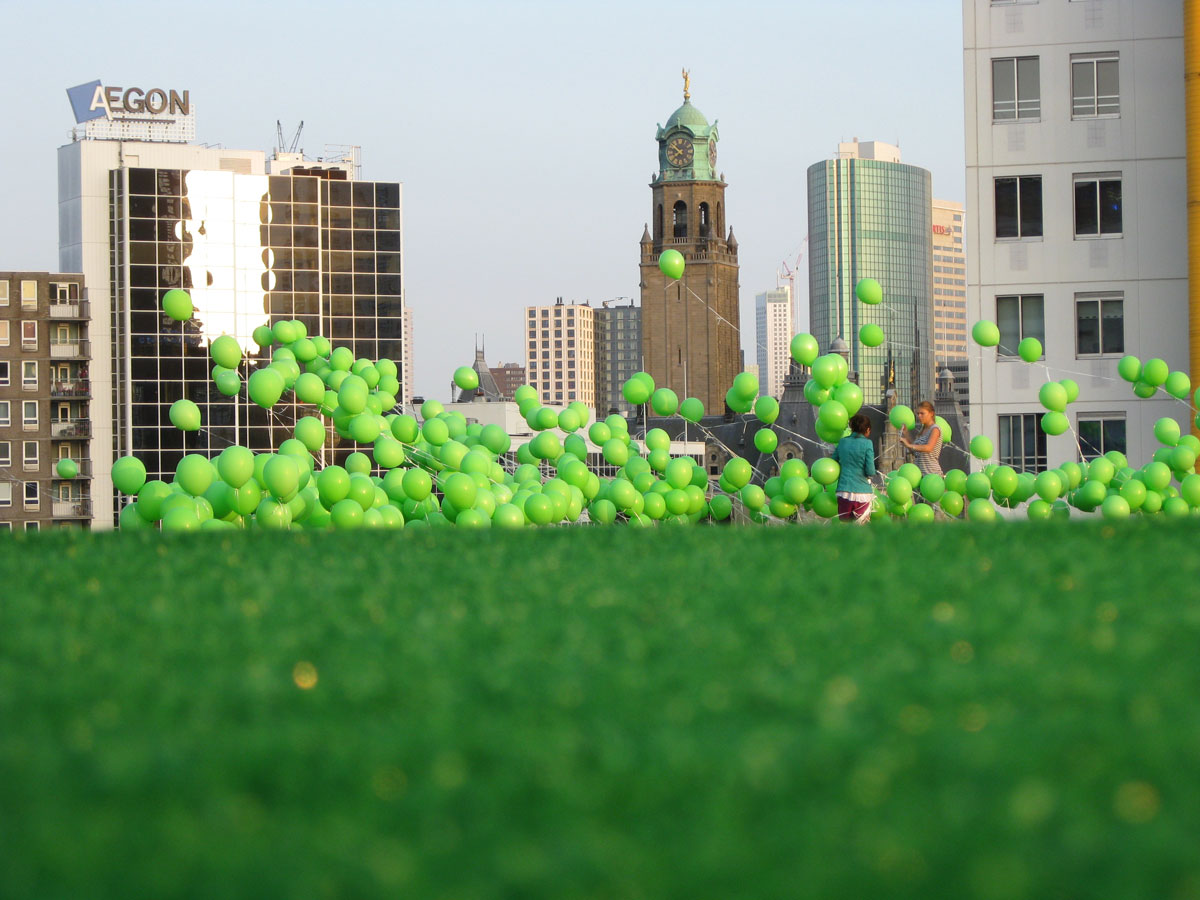